Having been away for a while following the superb Vagaband at the excellent Bestival Festival last week, I am a little behind in writing up some recent shows, so I will lump them together here with a few photos.

For the launch of this year’s Norwich Sound & Vision Festival there was an evening free gig at the Arts Centre, with four acts performing short sets of twenty minutes or so each, but I only caught the sets by Raevennan Husbandes and Heart of a Dog, both of which were excellent. Tonight HoaD were joined once again by Will of Port Isla, and Owen rejoining on bass. Raevennan is always a great pleasure to hear, with her beautiful voice, delicate guitar and delightful stage presence. A real talent. 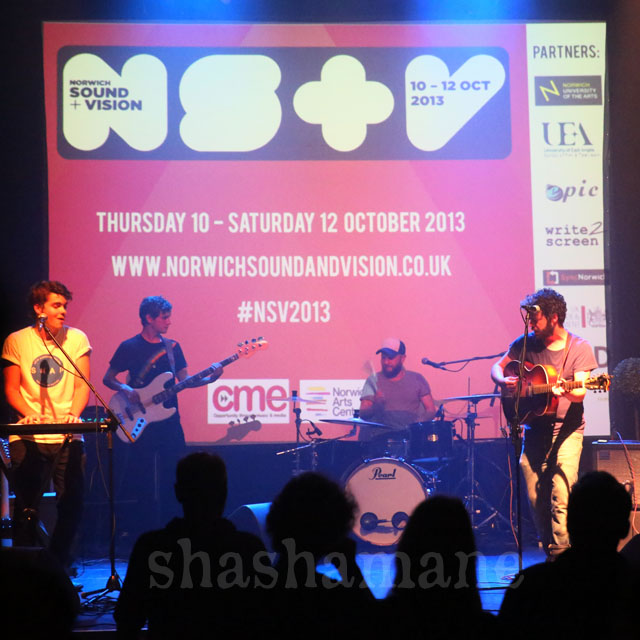 The bar area seemed to be packed with local musicians and promoters, whom it was very nice to catch up with.

It’s been a pleasure to be able to see quite a few performances by the always excellent Dove and Boweevil lately, and for their Walnut Tree Shades gig they played as a full band and packed out the venue on a Thursday night, ahead of their Blues Festival appearance at the Waterfront at the weekend. 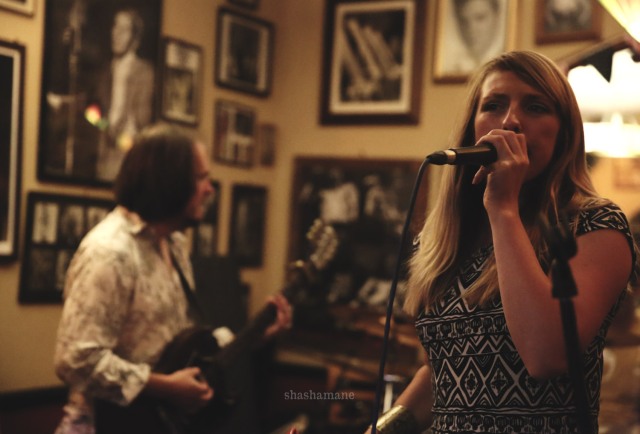 Jurnets Bar has to be one of Norwich’s most beautiful and atmospheric musical venues, with an audience always keen to listen to new and established local acts. Hosted this week by Shane O’Linksi, the headliner was Milly Hirst, although her slot seemed to be moved forward from what we were told. Tonight she seemed in especially relaxed mood and excellent and powerful voice. Words I do not use lightly as I have seen Milly many times and know the power of her vocal chords. She played with ease and her voice was at times gentle, subtle, and almost a haunting whisper, and at others it absolutely soared and sent shivers down the spine. Playing for about 40-45 minutes this is one of the best sets I have heard from her, especially nice to see her so comfortable in what she described as “probably my favourite Norwich venue”, words which it is hard to disagree with.

She tantalised us by pondering aloud whether to test out some new, not quite finished songs, but instead played a set of some of my personal favourites including I Still, Rose, a stunning Kampala Road, and Gentle Sailor, which was dedicated to the birthday boy in the audience, Jon Allen of Heart of a Dog. Milly’s voice tonight delivered on all fronts, expressive and emotive, with astonishing range and delivery.

Also on the bill was Brian Korteling, playing a highly impressive guitar set ahead of his album launch in the same venue on Wednesday 18 September.

The evening was rounded up by Shane O’Linski and friends, the first part of the set was a highly atmospheric piece, two guitars putting me in mind of those film soundtracks The Cure used to do in the early 80s.

words and photos (c) all rights reserved, by richard shashamane 2013