A rather enticing line-up for this month’s Grapevine, featuring the marvellous Dove & Boweevil, who after not seeing for a few months I am really appreciating, great artists playing with a clear love of the music. Also my friend Matt Watson, tonight accompanied by Holly Speight on violin, and a band I have not seen before – The Mercurymen. People I’d spoken to who had heard them seemed very impressed, and it is usually a safe bet to trust Steve’s judgement on such matters too.

Arriving just after 8pm as Dove and Boweevil were soundchecking, the place was already fairly full, and quite warm too. For anyone who has not been before, the Grapevine events take place upstairs in the beautiful old building of Bedfords, in Old Post Office Yard, just off Bedford Street and next door to the also lovely Frank’s Bar.

dove and boweevil, fine-tuning their setlist

Probably because it is upstairs it can get quite warm when full and if the sun has been beating down on the roof all day, but not uncomfortably so, and the room is so lovely with the oak beams, wooden floors, pleasing decor and friendly staff … and they serve Redwell!

I’ve seen Matt Watson many times in the course of this year, and Holly for only the second time a couple of weeks ago performing with Chad Mason at Harlequin but tonight would be the first time hearing them both together, and I was quite intrigued. Holly’s violin accompanied Matt’s slower numbers, subtle and well placed in the mix by superb sound man Stuart (also in the Dirigibles) and on set closer “A New Life” it was simply superb. Matt was on fine form, his voice clear, strong and expressive, and his guitar playing always seems to be perfect. I like the mix of songs he chose, which varied well in tempo and mood. I think his repertoire is clearly strong as two of my favourite songs of his (And We Dance, Buttons) were not included tonight and yet I would still say this was perhaps the best I have heard him. He also included a number from his old band (Huck) and amazingly, a faultless performance of a song he had written and composed only a few hours earlier in the day. Matt is so unassuming, self-deprecating and with an easy, chatty humour that it is impossible not to like him but his songs stand up on their own merit.

It’s only about a fortnight since I saw Dove and Boweevil play downstairs in the Crypt at the same venue, with Sefo Kanuteh in that astonishing set for Planet Hush and I feel myself falling in love with them all over again. Tonight performing as a duo, Lauren and Mark who Steve and I had observed poring over a setlist really rocked the venue. Sounding warm, very bluesy, and clearly enjoying themselves (as were the observing Mercurymen too) Lauren got the place stomping along and Mark’s guitar sounding as good as ever filled the venue. On Friday they play with a full band at the Fat Cat Brewery Tap, which promises to be a great occasion, and there is still time to make a pledge to support the recording of their new album: http://www.pledgemusic.com/artists/doveandboweevil

lauren and mark, dove and boweevil 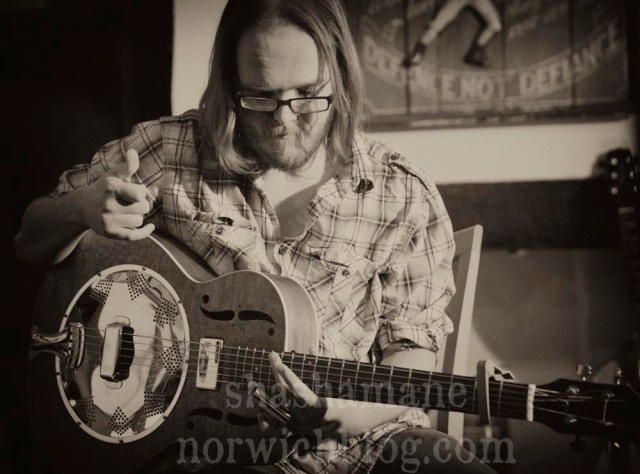 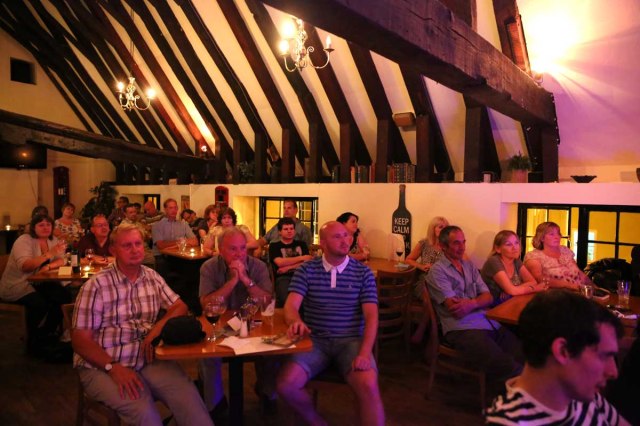 I knew nothing about the Mercurymen other than what I had read in the event bio (I preferred to trust Steve and therefore chose not to be put off by the mention of their having toured with Level 42 and Deacon Blue!) but what a fantastic and pleasing surprise they were. Three musicians with wonderful voices and harmonies and catchy melodies. Traces of The Byrds, Simon & Garfunkel and that sort of 1960s tinged melodic, storytelling folk pop. Each song seemed to go down even better with the audience than the last with prolonged and loud applause. A good sound, lovely songs, and a very fine stage presence. Jinder has a great wit and I was not alone in laughing aloud several times at his observational humour. Eventually the set had to end but not before the audience demanded, and got, an encore, finishing with a superb Townes Van Zandt cover.

Having only recently re-formed, this was their first visit to Norwich in five years, and asking what had happened in those five years were somewhat bemused and amused by shouts of “gorillas” and “Redwell!” but engaged really well with the audience, so much so that we all felt like friends by the end of the evening. 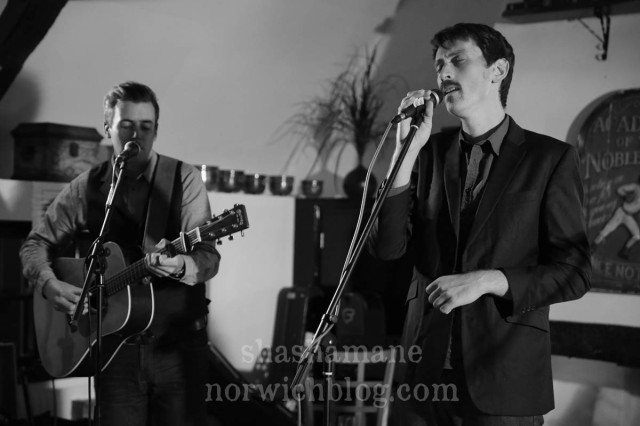 Overall, a very, very fine night of musical talent, with great sound, talented performers who were all lovely people to boot, a knowledgable and dedicated promoter, a fine and beautiful venue and friendly, relaxed staff. It’s worth mentioning that tables can be booked for these events, so that one can eat a meal whilst enjoying the music, but equally, if like myself you prefer to stand or sit near the bar and just listen that is perfectly OK too. The audience are appreciative and respectful and I have not yet heard anyone speak during songs … unless of course they have been invited to sing along with the livelier numbers!

steve, dove and boweevil, the mercurymen, matt watson and holly speight, and even bar owner glen!

Thanks to all the acts, and to Steve and Glen for allowing me to snap away!