I think this was only the second, or possibly third, Planet Hush, the new acoustic music nights in the city organised by Stewart and Craig and held in the amazing Bedfords Crypt. An almost too good to be true line up of local musical talent, and all for just a voluntary contribution at the end of the night, in the same style as Jurnet’s.

Upon arrival the first faces I saw were the very friendly faces of Lauren Dove and Sefo Kanuteh. Earlier this summer I seemed to see Sefo almost everywhere I went and probably caught about five of his performances in a week, so it has been a while and I was happy to see him. Dove and Boweevil had been promising us a mystery surprise guest, and when I asked him if he was that guest he just beamed a huge smile and said “yes!” 😀 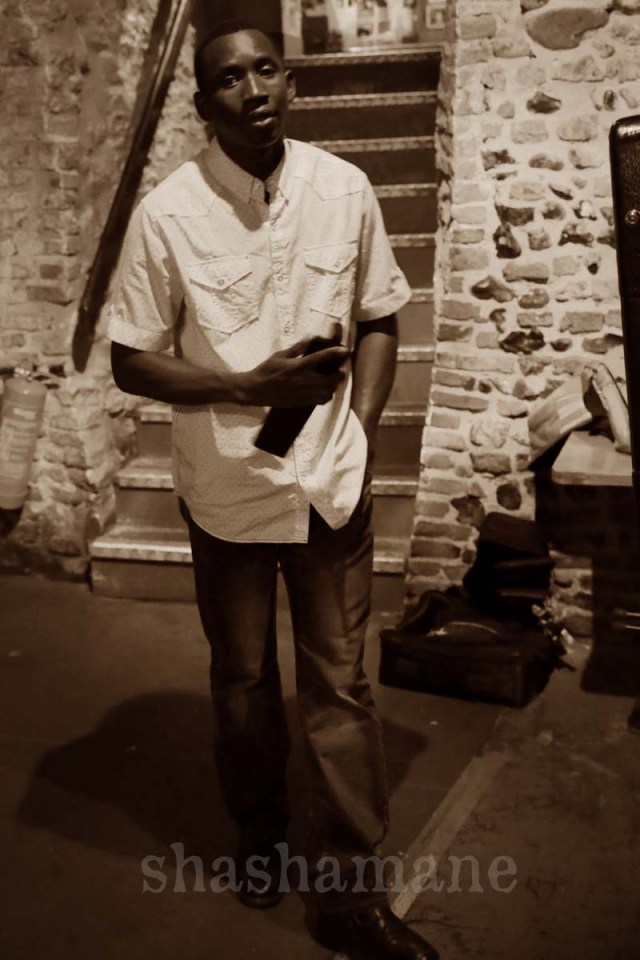 rory hill, warming up before the gig

The venue was filling up rapidly, and due to some unforeseen circumstances there had been a slight delay in opening the venue to the promoters, so massive credit must be given to all for getting everything up and ready in time. Dove and Boweevil started their set with Sefo and within the first few moments of blues chords and plucked African kora strings it became obvious we were in for something very special. Having only met and played together once before after a chance meeting at a local festival, they sounded like a natural collaboration. Also present was the band’s drummer Paul, and when Lauren started to sing and hum the whole sound was just magical. Mark’s amazing guitar playing is perfectly suited to this venue and just sounded so alive. After the briefest of soundchecks, Stewart had once again totally nailed the sound. I was imagining what it would be like for a visitor walking around the city to stumble on these basement sounds wafting up onto the street and coming down to investigate. What a feeling that would be and it would not have failed to impress anyone. I really hope to hear them all work together again, playing a blend of each others songs this was something really very special indeed, as proved by the prolonged round of applause that greeted the end of the set. I think all the artists hit the heights tonight and gave me goosebumps, in this set it was during the performance of Sefo’s “Together”. There’s such a feeling of positivity and reassurance about Sefo’s playing, one always comes away feeling enriched. 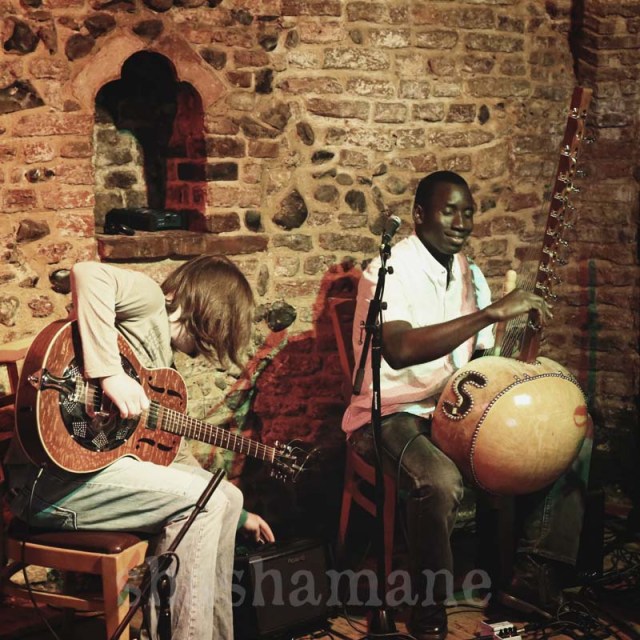 dove and boweevil, with sefo kanuteh 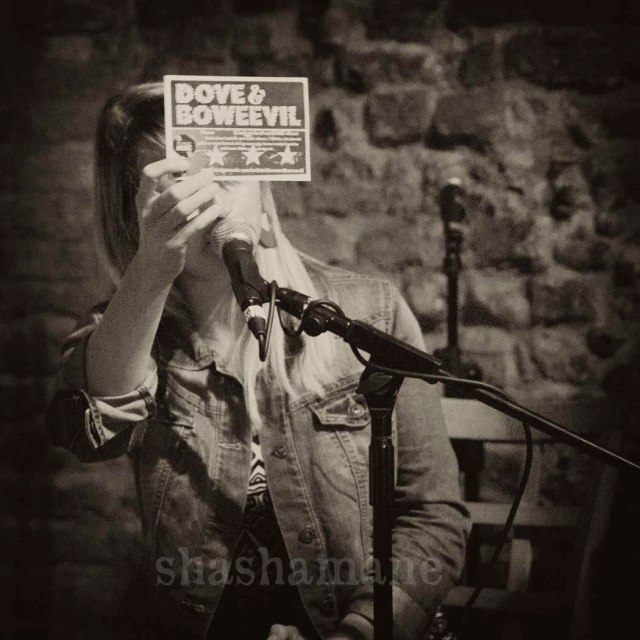 Dove and Boweevil are currently attempting to raise the funds to record their second album. If you’d like to help them with a pledge to make this happen, by pledging for a CD, or any number of inventive and creative things like a singing lesson from Lauren, guitar lesson from Bo, or even have the whole band play in your house, you can do so here: http://www.pledgemusic.com/artists/doveandboweevil

Following on from Dove and Boweevil was another of my favourites, singer-songwriter Milly Hirst, I believe playing solo for the first time since I saw her at Shindig last month where she was absolutely amazing. Tonight she had the by now large audience’s absolute attention from the very moment she started to play. The last few times I have heard her I have felt her voice to be at its soaring and expressive best, from almost whispered words, to those moments where her voice takes off in expressive flight, covering and conveying intense emotion. Whereas Sefo’s kora playing is soothing, Milly explains and shows us her pains, sorrows and melancholy, loss and vulnerability, laying her soul bare in a way which is utterly, exquisitely beautiful and extremely moving. A lady near me who had never seen Milly before was asking me about “this next performer” so I briefly explained who she was and what I find so captivating about her music. At the end of the first song she was in total agreement and “aah-ing” at certain lyrics and chord changes. A set of six or so songs, opening with the song inspired by her mother, and which included Book or a Film, Gentle Sailor, I Still, and Rose was, as usual, over all too quickly, and she too received an absolutely rapturous round of applause. A stunning performance Milly, I am not sure you realise just how good you are and how much the audience love hearing you. Goosebump moments occurred during Gentle Sailor (“Sadness seeps into my words like a howl hung in the night”), I Still, and Rose. 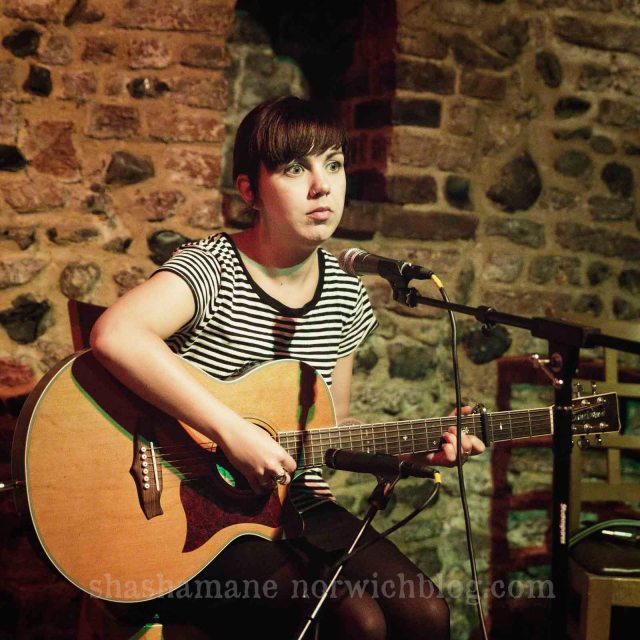 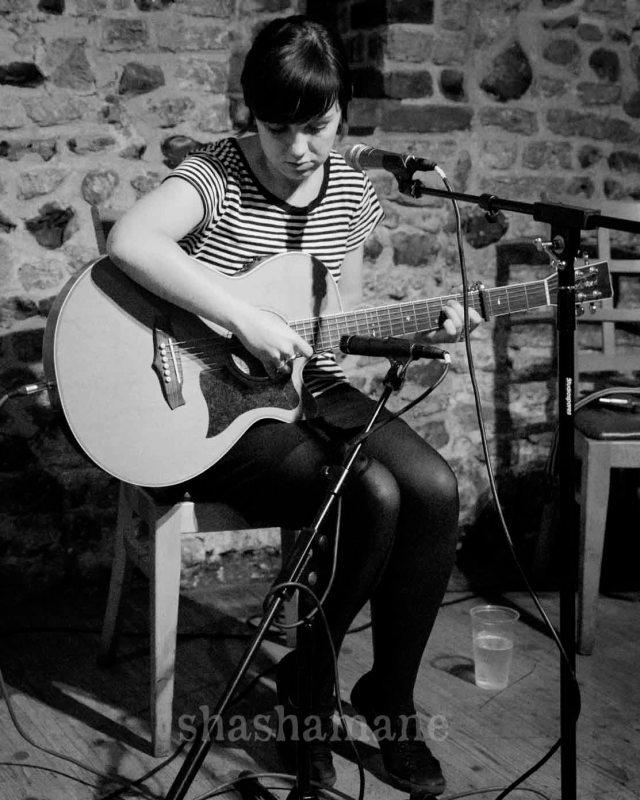 Next on was Rory Hill, whom I very much enjoyed hearing on another bill with Milly at the Arts Centre one lunchtime in May. He was on brilliant form tonight, in his singing, playing, and jokes with the audience. He has a great songwriting gift and an expressive delivery, ‘Fresh Blood’ was incredible and perfectly descriptive of being at a particularly low-ebb of depression. When the likes of Chris Martin attempt to perform a song like this it is crass and unlistenable, Rory does it with feeling, from the heart with itching scars. Powerful and real. Rory is a band member of Keep Up (formerly the Kabeedies) but I hope he still finds time to perform solo like this, it was brilliant. 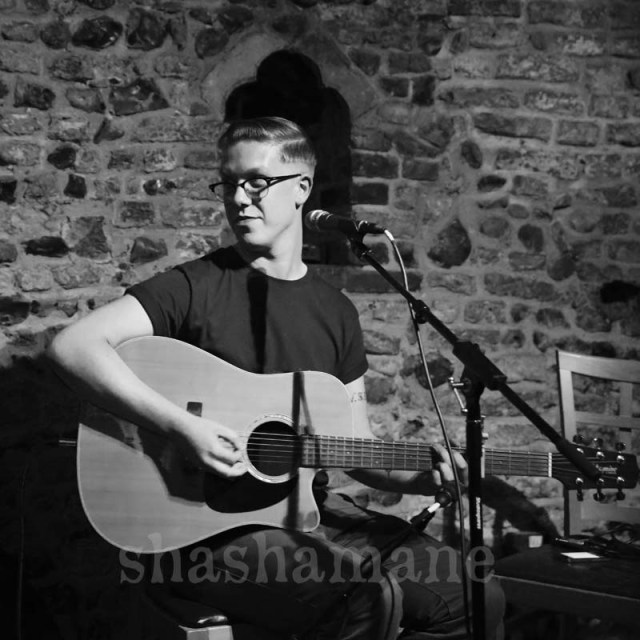 Final act for the night was of course Wooden Arms, tonight playing as a four piece with Alex, Jessica, Jeffrey and Milly, they too only had a brief soundcheck but again Stewart matched the sound perfectly. On a couple of occasions of late I have felt that Jeffrey’s very subtle guitar sounds have been a little lost in the overall mix but tonight everything was perfectly audible and sounding lovely. Alex explained this was to be their last performances for a little while – amusingly he said on the night “last song for a little while” after the first track 🙂 – and a few of the songs would be getting possibly their last airing, at least for a while, so it was a privilege to be here to hear them in this marvelous venue. 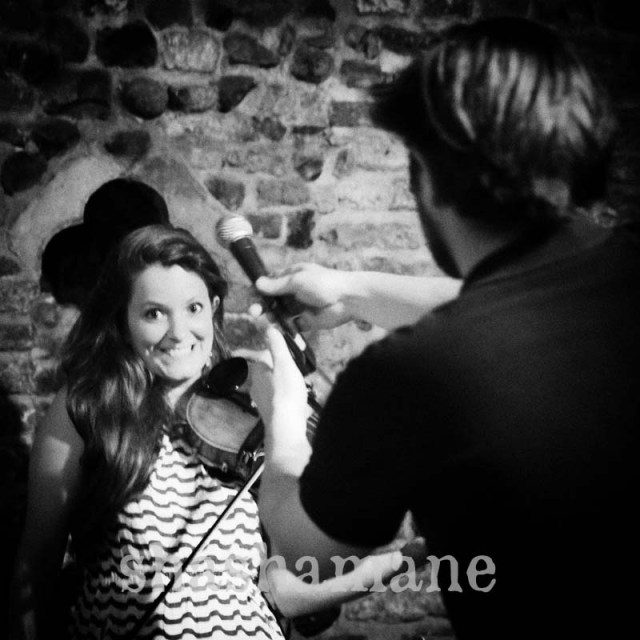 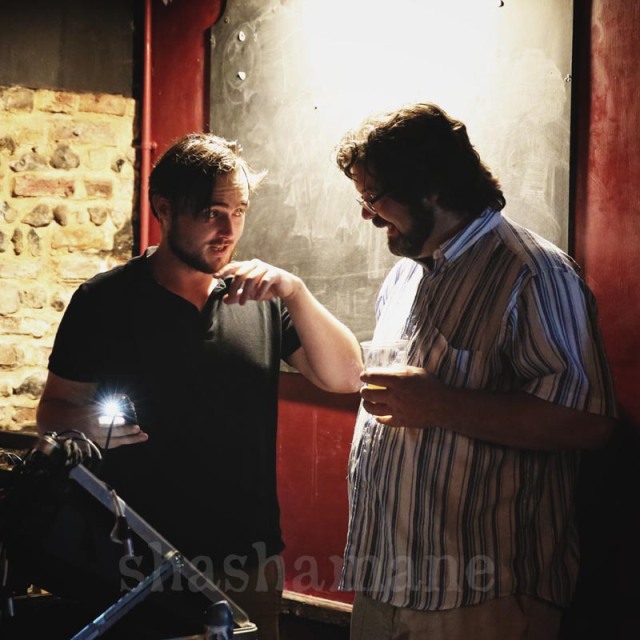 This was a truly superb night, I would have come to the city to have heard any one of these acts performing solo, to have them all on the same bill on one night was a beautiful gift. Many, many thanks to all for putting it all together and the artists for stunning performances, each and every one of them was brilliant. They were rewarded with a packed audience who were full of appreciation. An extraordinary and memorable Tuesday night of fine music, lovely familiar faces, and meeting wonderful people and talking outside, even well past midnight on the way home. What a fine city Norwich is!