As I arrived soaked once again on a very wet spring evening, it was pleasing to see how packed Olives already was, with the doors only being advertised as opening five or ten minutes earlier. This lovely event was organised by Claire and Ross, the singing couple who comprise the core of Stromm. Tonight I would be seeing them perform for the first time with full band, being joined by Stuart on drums and Dan (Ross’ Bunkadoos bandmate) on bass.

First on the bill however was indeed The Bunkadoos. I saw these guys recently, with a remarkable performance of Abbey Road, in Bungay, as a fundraiser for the British Heart Foundation. Tonight’s set included only one or two Beatles songs, the rest being made up of a wide and varied mix of covers, including personal highlights Ken Booth’s ‘Everything I Own’, Orange Juice’s ‘Rip it Up’, and XTC’s ‘Making Plans for Nigel’, all performed with great skill, affection and good humour. Claire joined them for their final number. Although the set is predominantly covers-based they are all very accomplished musicians and songwriters, and nice people too. I shall look forward to following them and hearing some of their own compositions. 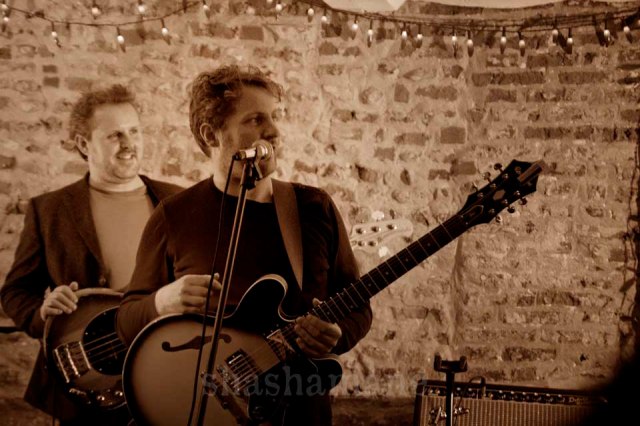 brothers in arms … mark and dan scoggins of the bunkadoos

Such a humid and wet evening was it, and so packed and steamy was Olives that it seemed to be taking my camera lens, and indeed specs, an age to acclimatise and for the condensation to evaporate, so I am not sure I have as many usable pics from the Bunkadoos set as I would have liked but I will take a look.

The Bunkadoos, joined by Claire from Stromm

Following them was the incredibly talented Sefo Kanuteh, tonight playing with superb accompaniment on acoustic guitar by Adam Clark. I’ve had the great pleasure of seeing Sefo a few times recently, and his gentle, intricate and beautiful kora playing never fails to touch and move me. This was to be no exception, the venue suited his sound well, and even some gentle chatter throughout from a few people nearby could do nothing to detract or distract from his mesmerising music. Each song introduced in African griot storytelling style, they are all tender and gorgeous pieces. Sefo himself is a lovely guy, with a quietly confident but unassuming presence, I think his songs say as much about him as the characters in the songs. So clever is his kora work that at times it was almost as if he was able to make the guitar sounds that an acoustic Ali Farka Toure would make, a bit like the collaboration between Toure and Toumani Diabate. Of course Adam was accompanying acoustically but playing more of a rhythm style. It was beautiful. Sefo has such a kindly and gentle demeanor and this filters into his playing. I am always left with a very positive, enriched feeling after hearing them, and I cannot pay much higher compliment than that! I also bought his CD which I confirm is also gorgeous listening. 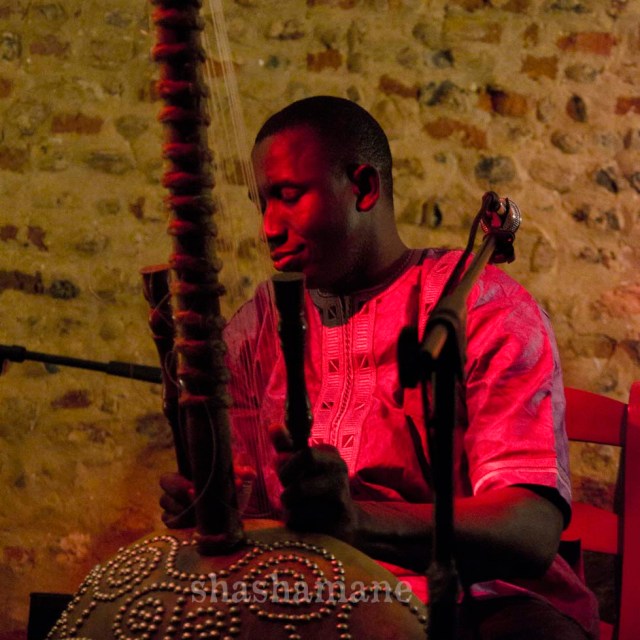 Final act tonight was the Stromm band. I have seen Claire and Ross several times performing these songs and so tonight I was looking forward to hearing them in the context of the band. I was not to be disappointed, they had a new dimension with the band and Ross’s guitar being electric on this occasion and they sounded great (especially after Liam altered the sound levels). Claire is a compelling performer and their voices compliment each other’s beautifully. Ross has terrific range and was on fine form, and the onstage chemistry between the two of them is lovely. One or two new tracks were premiered and they went down an absolute storm. After rapturous applause they performed ‘Drive Me Home’ as an encore. By this time Dan had wandered off, probably to the bar, and so brother Mark took over bass duties for the final song. Apparently they had many enquiries about CDs, so hopefully they will get recording soon. 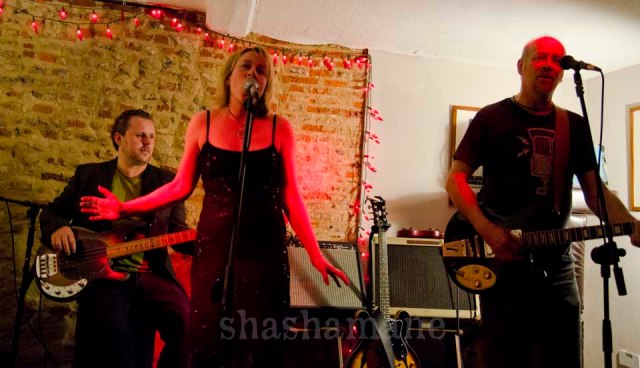 stromm during their encore

All of the acts were performing free of charge tonight, and there was no entry fee on the door either, so a glass was passed around for voluntary contributions, and it was nice to see that looking quite healthily full by the time it reached the stage 🙂 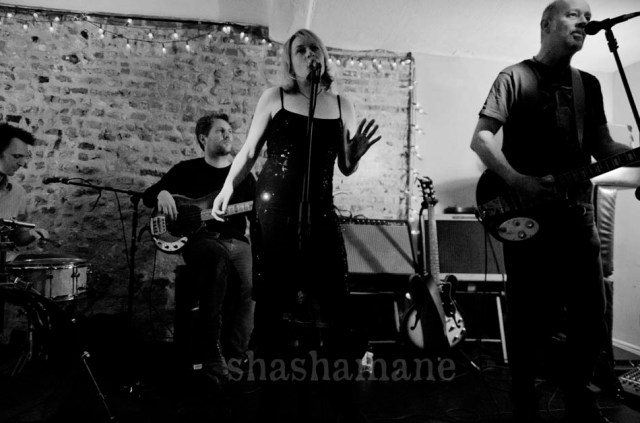 The following day was to be Ross’ birthday, with Liam of The Bunkadoos having his birthday a few days later, so there was a lively and happy, friendly atmosphere all the way through the evening. I was unable to find Ross at the end, to properly wish him a Happy Birthday, but I had to dash to the Spiegeltent for Bo Nanafana, so Happy Birthday, Ross! Hope you had a good one 🙂 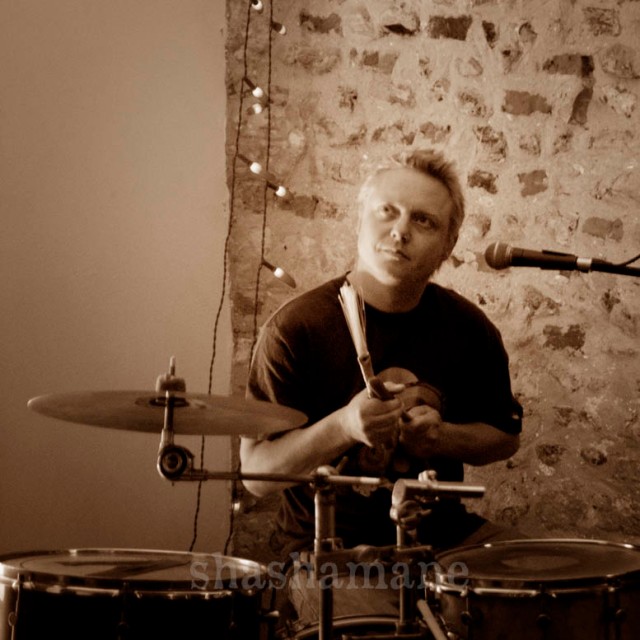