Coinciding as it did, on the much anticipated opening night of the Norfolk and Norwich 2013 Festival at Cathedral Close, it was perhaps inevitable the the attendances for gigs in the city would suffer somewhat as a consequence, not that there was any shortage of live events as there was also a big gig at Open tonight.

Once again the journey to the Birdcage was a pleasant one, if not warm it was at least bright and after a seemingly endless winter I was grateful for this blessing. This run of attractive gigs in our beautiful city, even pre-Festival, is seemingly relentless but I would not have it any other way.

As I arrived and parked my bike I saw Sam of Heart of a Dog and Henry of Port Isla, who would be guesting this evening. We had a brief chat, mainly about football and my anxiety, as the previous weekend Sam’s Aston Villa had beaten my Norwich City, in an unseemly squabble at the lower reaches of the Premier League table!

Anyway, once soundchecks were out of the way it was time for first on the bill tonight, the lovely Mari Joyce and her brilliant band. Having seen her recently in the same venue supporting Cakes and Ale I was more than happy to catch this talented and unassuming singer songwriter once again. Her songs are quiet and delicate but she has a very assured voice, and I think this was encapsulated by her final number, a gentle but haunting piece inspired by the beautiful poetry of Rumi. Backed tonight by a band consisting of cello, fiddle, and guitar, with Heart of a Dog Jon on drums and Ian Hudson on banjo. Mari is the latest talent to appear on the local scene whose music I find totally engaging and even healing in its calming and reassuring effect.

The next act was Tom Copson, who had the unenviable task of taking to the stage at the point that a huge percentage of the city was making its way to the cathedral for the NNF13 opening event. Undeterred he opened his set with a startling cover of Word Up with great use of guitar, but more fascinating instrumentation was to come later in the set. He is blessed with a good stage presence and a confident voice, but most interesting of all was his musicianship, sometimes beating his guitar strings with a drumstick, others using the facinating instrument that is the omnichord. Despite suffering a sudden and unexpected coughing fit and having to leave the room briefly, I was keen to return and catch the end of the set from this talented young man who has a stunning voice and uses it to great effect. 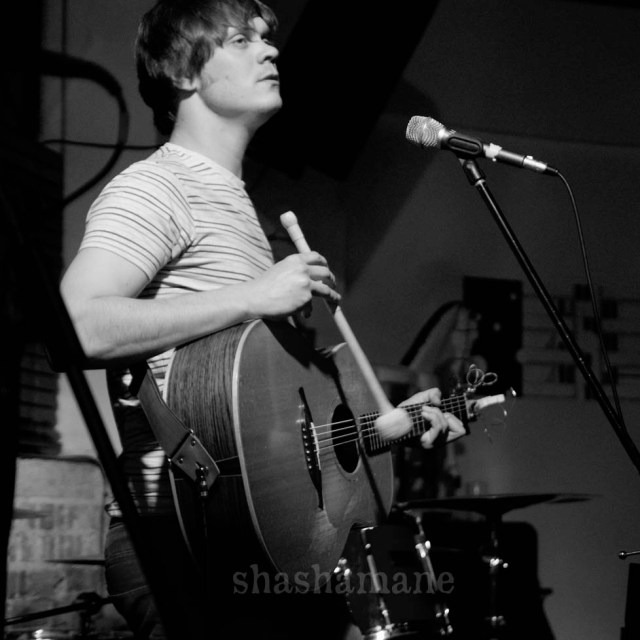 Here is what the pre-event bio had to say about him:

Just occasionally, admidst all the dodgy Beatles cover versions and taped backing music, you come across a busker who’s so good, you have to stop in your tracks to listen. If that sounds familiar, you may have been lucky enough to stumble upon Cambridgeshire singer-songwriter Tom Copson.

Armed with a an incredible four-octave range and dynamic personality, as well as a guitar and omnichord, it’s no surprise that Tom’s performance style, as well as his songwriting ability, has led him to prestigious stages both in the UK and Europe (Cambridge Folk festival, Hop Farm, Secret Garden Party, Noorderzon, Viertel Fest), famous fans, (Tom Robinson, Seasick Steve, Ezio) and, last year, the release of his debut album ‘Woven’.

The final act, and of course headliner were Norwich’s Heart of a Dog. Undeterred by a diminished crowd due to the aforementioned Festival activities, they professionally delivered a beautiful set which showcased no less than three new compositions being performed for the first time. I thought they were all beautiful and fitted into the set seamlessly. At once harder-edged they retained the finesse and delicacy which have become the band’s hallmarks. Drummer Jon is more than capable of thrashing out a tough beat, but equally he can turn his hand to a softer, more delicate sound as appropriate, and as such the range of his drumming skills is as remarkable and it is impressive. 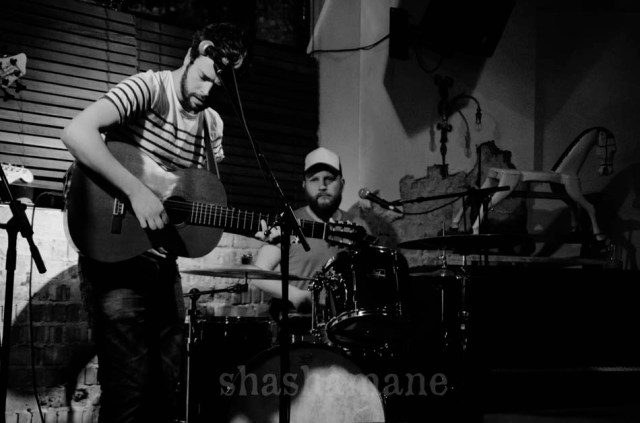 Finishing the set and then the encore with Horse and Berlin to a modest but hugely appreciative audience I was left in no doubt, that despite the pull of the Festival opener I had made the right decision in coming along to the Birdcage tonight for Heart of a Dog.

Words and photos by richard shashamane