It was such a pleasure to head tonight to the Ten Bells in some early evening sunshine for a change, for the latest of Jack Pout’s Lovely Promotions evenings. The sunshine mood was not left at the door either, because as soon as I entered I saw and was warmly greeted by the lovely Jack himself, Robbie who was in charge of sound, Matt Watson, and Claire and Ross from Stromm.

The mood was set for the evening and before long Jack introduced Sidonie Sakalie (aka ‘Spritely’). A slight but smiling young lady with an easy and pleasing stage manner, she strummed her ukelele and then sang … what a beautiful voice she has! The easy and obvious comparison to make would be with Laura Marling’s voice but Sidonie’s had more fragility about it, consequently making one hang onto the words all the more. Quite powerful in a very understated way. I recognised several covers in the set, ranging, believe it or not, from Outkast’s ‘Hey Ya’ (surrealy and amusingly with audience participation) to the Jungle Book (the second time in a week this has happened!) 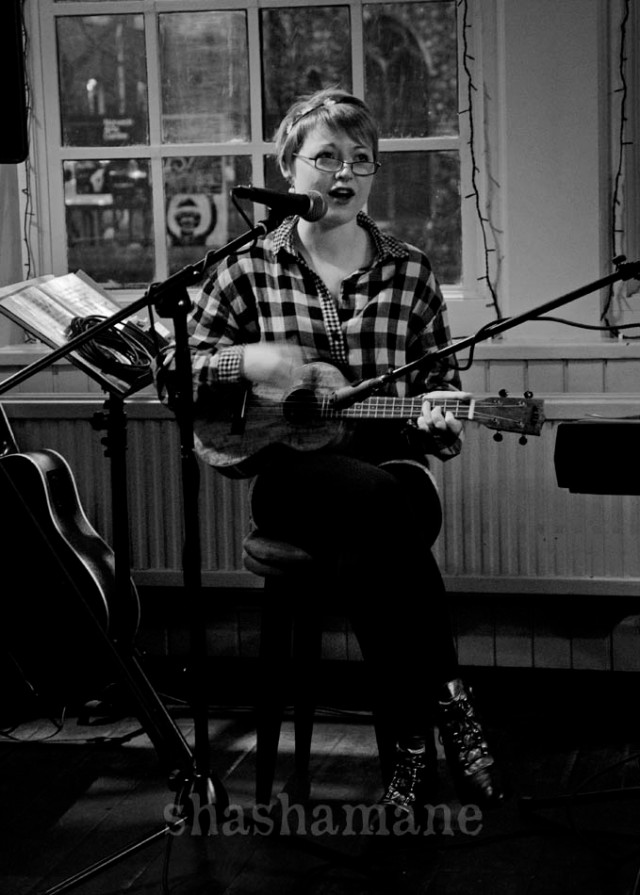 A few moments of technical problems did nothing to detract from an utterly delightful set from another new talent with a wonderful voice. I await the next steps in this young singer’s musical progression with keen anticipation. ‘Like’ her Facebook page here: http://www.facebook.com/pages/Spritely/494288830635225

The second act was the very likable and talented Matt Watson, who I have seen several times this year, formerly of Norwich band Huck (named after NCFC legend Darren Huckerby). Initially I noticed a passing resemblance in his voice to that of Miles Hunt from the Wonderstuff and mentioned this in an earlier blog review but now I know the songs better I think I was a little hasty in making that comparison. There is a slight similarity but it would be most unfair on Matt to not acknowledge his own distinctive style of songwriting and delivery, he has very much his own identity. A very confident performing presence with a strong voice and witty lyrics but also able to turn his hand to more poignant and topical subjects. Which leads on nicely to what was the set’s closing number but also the highlight, the well-written and intensely catchy and rousing modern protest-song style ‘A New Life’ with lines such as “Tell all the politicians that no-one believes them anyway”, “Let’s stand up and not sit still, keep on moving, don’t lose the will, a whisper is the loudest sound when spoken by a crowd”, “We may not set the world alight but we’ll have a damn good try” and its outro crowd participation refrain of “Let’s all do something crazy, don’t you worry about it baby”. It’s not The Clash but it is the sort of thing I could imagine Billy Bragg singing, indeed, during a chat with Matt the names of Miles Hunt and Billy Bragg did actually crop up. A fine set by a nice guy with a natural talent. I bought his EP upon its release some months back and it has been on regular play in this house. He didn’t even play one of my favourites tonight … Buttons, but I will be sure to request it next time as I don’t want that to drop from the set.

I’m not sure how the running order of the night was decided but I suspect such factors as baby-sitters were taken into consideration, and so the next act turned out to be Stromm with newly acquired extra consonant. Next time I see them it will be with full band but tonight it was just Ross and Claire, Ross on vocals (with a great range) and guitar and Claire on vocals and a very expressive stage delivery. They are both blessed with superb voices and very pleasing harmonies. Having seen them once or twice before it was nice that this evening their songs had a familiarity and they are really catchy, well-written and constructed, beautifully performed. Jealousy seemed to be a recurring theme of the songs but something everyone can relate to on one level or another and they sing so well and clearly that everyone was listening to the stories. They are about to record some Raw sessions with Epic and have a few more gigs lined up, it will be good to be able to hear some of their tracks online.

Ross meanwhile is also a member of the Bunkadoos, who have a gig in Bungay at the Fisher Theatre on Friday (3 May) performing The Beatles’ Abbey Road in its entirety, with guest appearances from Jose of the Vagaband and Leo from BK & Dad! Should be an amazing night.

the bunkadoos, who will be performing The Beatles’ Abbey Road in its entirety at the Fisher Theatre, Bungay, on 3 May 2013

A testament to Jack Pout is the wonderfully easy, and indeed lovely, moods created by these evenings, amiable and chatty but respectful of the artists. In the description for the night he made mention of the next act, solo classical pianist Thom Howe as:

Thom will be playing some exquisite piano music to lull you into a “God this is nice, do you want another drink?” reverie, previously the keyboard talent of Owl Museum, he will astound you.

And so it was, I would not like to desribe his music as ambient or background as that would be most unfair, but it came at the point of the evening when chatter levels were rising, as they invariably do in pubs, but also people genuinely were being friendly and chatty with one another and with strangers, it was all most convivial and I think Thom’s eloquent soundtrack and beautiful playing was party to that.

The final act were a bit of a challenge to set up soundwise in this venue but boy was the wait worth it! The intriguingly named Grimm’s Law are a three piece, with Natalie, Josh and Matthew, featuring fascinating use of guitar and some keyboards. They are quite different and unique, and although I could detect a few influences in the pleasing singing style of Natalie, the music itself is the first time I have heard a band that I could feel an influence of The xx, some of the guitar sound anyway, which I mean as a great compliment. Their sound has much space, some slow pace, plucked guitar strings and notes have great effect and the nearest thing to a drum sound is some barre chords on an acoustic bass guitar. The set was beautiful, interesting, spacious and indeed different, which is always a good thing. It even included a Supremes cover and was concluded by a solo rendition of The Cure’s ‘Lovecats’ by Natalie but nothing like the originals. This band are yet another totally new to me, but a great discovery with much potential. They could have a really big sound and with some more performances they could go places, it will be fascinating to watch this band develop and grow, as I am sure they will. 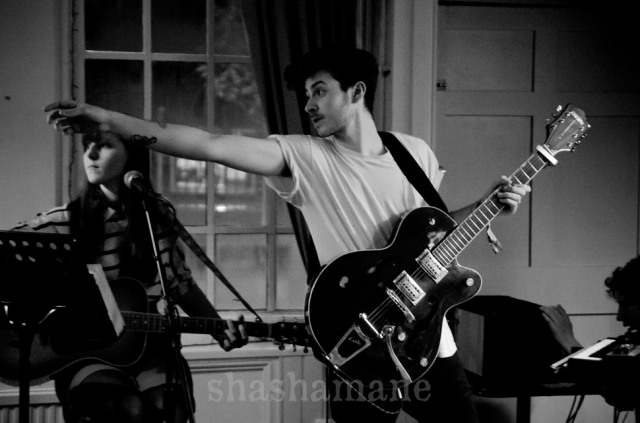 Superb evening, lovely and interesting company, easy atmosphere and great music, thanks Jack and Lovely Promotions! I must make extra mention of Jack, who is one special guy, with his own highly entertaining band who I really like a lot. He also is a great and positive presence on the Norwich scene and doing much to promote the scene and other acts, I hope he knows it is much appreciated.