And so, a yet another very cold night on the final day of this freezing month saw the much-anticipated return and homecoming for Cakes and Ale. This Dreams Music event was initially scheduled to take place at the Bicycle Shop, but it quickly sold out and became clear a larger venue would be required. That venue was the newly refurbished and with larger capacity Birdcage, although tickets here too also sold out.

By the time the opening act, Mari Joyce and her band came onstage the place was already close to full and very hot. I know little about Mari but very much enjoyed her voice and songs, played and sung delicately and beautifully backed up with a very good band. I’d like to hear more, as would the audience who took to her really enthusiastically. 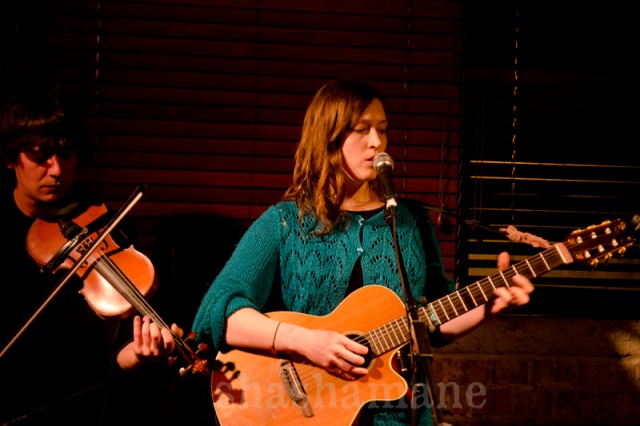 Soon after her set there was a quick turnaround of cellos, double bass, saw, banjo, guitar, accordion etc for Cakes and Ale to start their set. There was a great atmosphere in the Birdcage, a mixed crowd in lively spirits the place was crammed full and by now very hot indeed. Having not seen nor heard from the band in over a year I was not even sure if they were still in existence with Jasper now playing locally in Dr. Clyde, the rest of the band having left Norwich to live in London and Bristol. However, it was good to recently see that they were planning to play again in Norwich for this date, and although I was not sure if they had recorded much new material, there are some very fine songs on their album Five Shillings, Three Bushels of Corn and a Milchgoat but to my amazement I don’t believe they played a single track from it during the entire set so have clearly been very busy writing new songs. 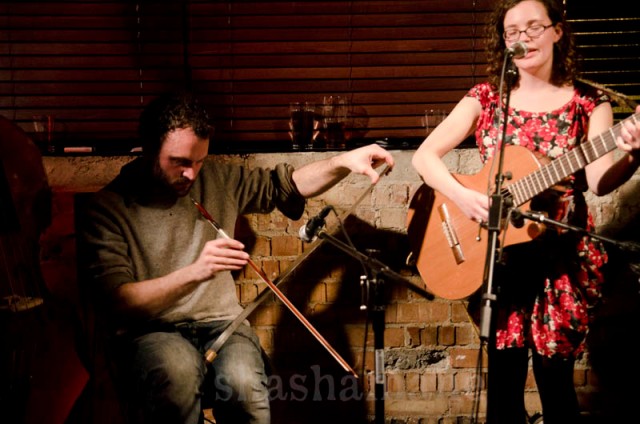 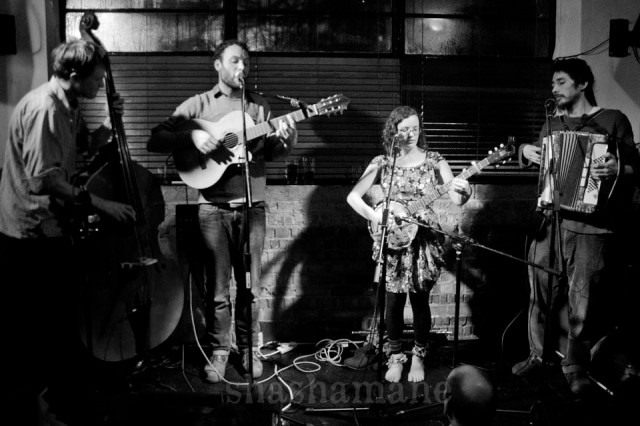 Perhaps sounding more folky and less Tom Waits-y or Balkan than previously – which is probably not surprising bearing in mind personel changes – it was nonetheless hugely enjoyable. The band, not surprisingly went down a storm and I don’t think anyone wanted them to stop but after a few songs in the encore it was time to head back home after another music-filled night in Norwich.