It was somewhat ironic that the band originally intended to headline this event – that were caught in the snow and could not reach Norwich – are called The Spring Offensive. The roads in and around Norwich were clearly less affected by the snow than those in Oxfordshire evidently are but it was still a bitterly cold north-easterly wind that the hardy souls in attendance had to brace in order to reach the Arts Centre. Despite the headline band cancelling at rather short notice, that NAC made an inspired decision to call Alex Carson and replace the Spring Offensive with Wooden Arms, and so having been called at 1pm Alex arranged to play a short set with colleage Jessica Diggins from the band on violin. Being just half of Wooden Arms tonight some of the songs obviously were rearranged but I think they worked well. Obviously the fact that they are both outstanding musicians and are performing beautiful songs helps and they seemed to go down well with the audience, which perhaps due to the freezing conditions and the cancellation of a band affected the attendance somewhat. Wooden Arms played a new song tonight, an as yet untitled one about the fear of growing old, which will feature on the forthcoming EP and which I found very moving and beautiful. 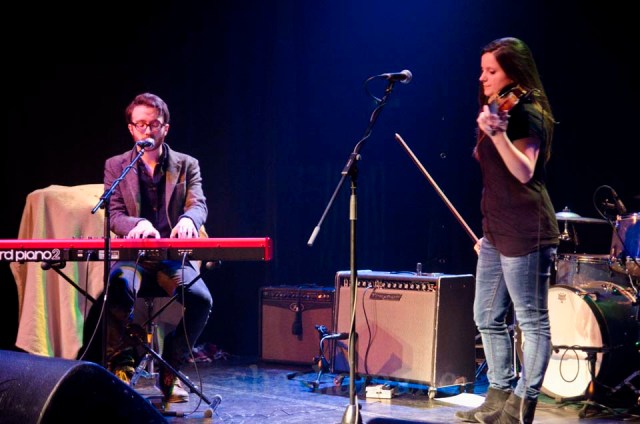 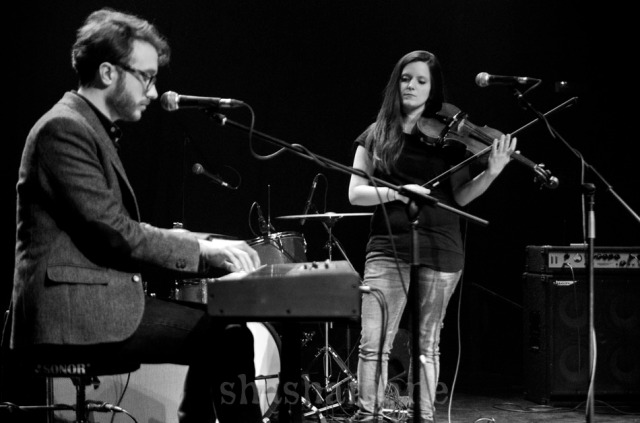 Wooden Arms. To be accurate, 50% of Wooden Arms, covering for Spring Offensive

Personally, I have not heard Spring Offensive and was therefore not too disappointed that they were unable to make it as the reason I was here was to see and hear again the wonderful Heart of a Dog. Fresh from the completion of their mini tour with Milly Hirst it was good to see them step onto a good sized stage and fill it with their presence in a relaxed and yet confident manner, the band sound tight and on form, clearly the result of playing live a lot recently. Having the larger stage and being in Norwich it was nice to see them joined for the full set by Will and Henry from Port Isla, Will on piano and Henry on guitar, giving the overall sound another dimension and fuller sound, but everything could still breathe and sounded excellent, despite Sam telling me that did not have much chance to rehearse together for this set. Sam has a very easy and charming stage presence, gently goading the audience into joining with Hits from the Shows with a little teasing about Norwich-Ipswich rivalries, and easy-going conversation. Jon’s drumming is always very impressive, as is his harmonies and when he takes turns on the strings, and also it was nice to see Ian looking so relaxed and like he was really enjoying himself on bass too. A very fine performance from all of them, and their Port Isla guests, as always, and I shall look forward very much to seeing them at the BFR showcase at the Arts Centre with Milly Hirst, Port Isla and Wooden Arms in June.

Incidentally, HoaD have just released a single available as a download (for free, or more!) on their site, take a listen and get it if you like, it’s gorgeous: http://heartofadog.bandcamp.com/ 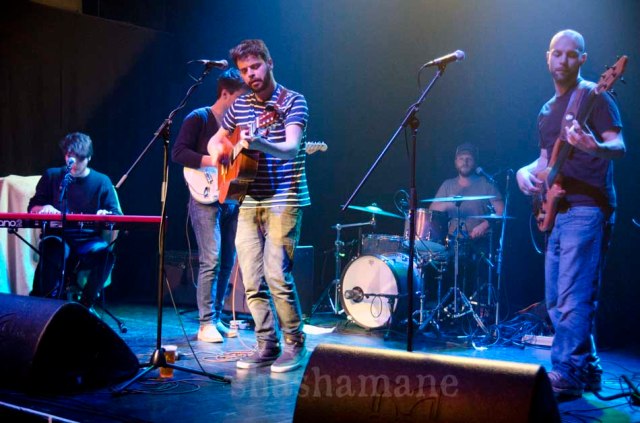 heart of a dog, with will and henry from port isla 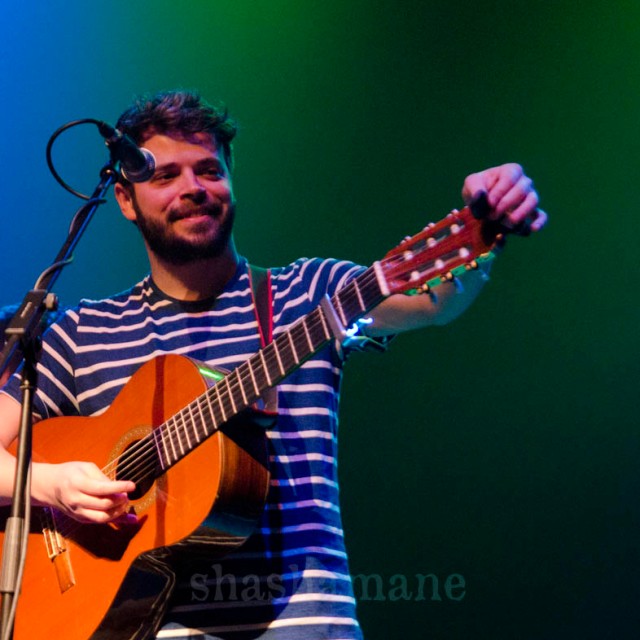 sam from heart of a dog

Next on were the unexpected headliners for the night, The Olympians. Another local band with some fine musicians. 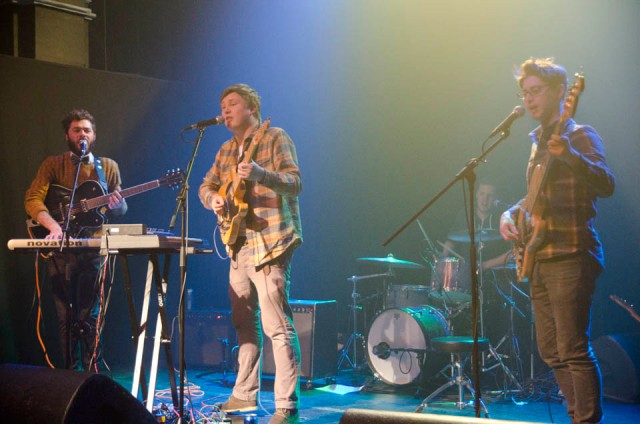 The Olympians (photograph by Em Buchanan)

Photos (unless otherwise stated) by shashamane

www.norwichblog.com www.shashamane.etsy.com www.facebook.com/ShashamaneArtPhotography www.facebook.com/NorwichLiveMusicPhotos you can find my prints for sale on Etsy at http://www.etsy.com/shop/shashamane?ref=si_shop and at Artfire: http://www.artfire.com/users/shashamane and www.facebook.com/ShashamaneArtPhotography
View all posts by shashamane →
This entry was posted in bands and new releases, live music and dance, Norwich Arts Centre, Wooden Arms and tagged heart of a dog, live music, music, nac, norwich, norwich arts centre, photography, photos, Port Isla, shashamane, the olympians, wooden arms. Bookmark the permalink.