On Saturday, the We Are Coalition of organisations, as well as many hundreds of individuals, marched in opposition to the EDL, outnumbering them by about ten to one. We Are Norwich set off from Chapelfield Gardens at about 12:30pm, gathering in numbers along the way to the Forum side of the City Hall. There was a police barrier here, cordoning off the area outside City Hall itself and the Memorial Gardens. The 150-200 EDL marchers arrived a bit later, having been held back by police to ‘calm down’ after a minor scuffle on Castle Meadow. When they finally arrived it was to a loud chorus of boos, to which they reacted with abuse, hand gestures and some aggressive body language. They attended a few speeches by speakers near a sound system and were then escorted out of the city by the police, to more boos, ‘cheerios’ and waves from most of the We Are Norwich marchers as well as a great many bystanders and shoppers.

I was proud with the way Norwich peacefully but forcefully made their point that racism and hate will not be tolerated in the city and that the EDL are not welcome. 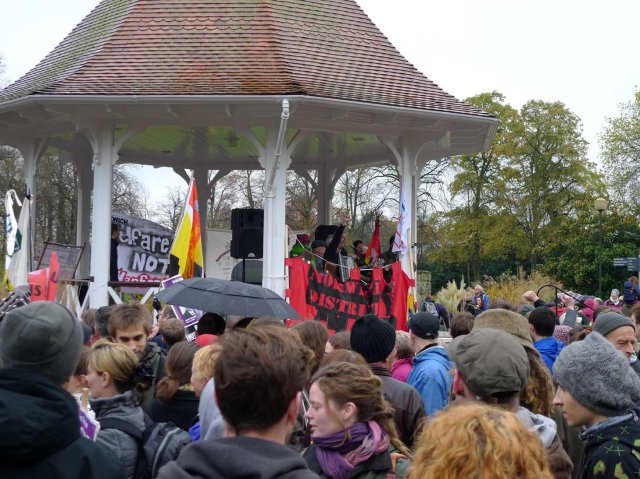 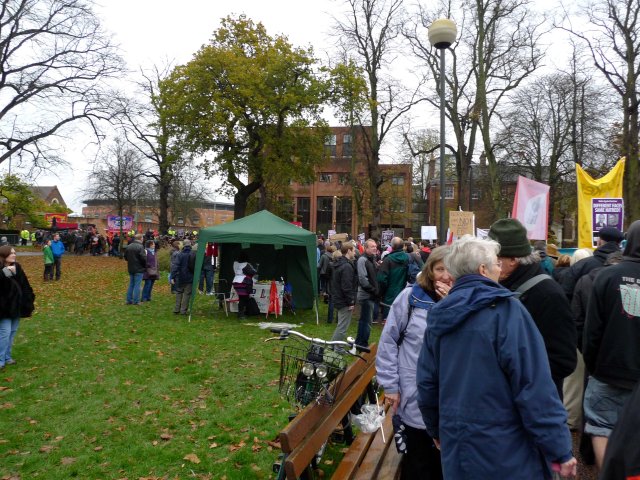 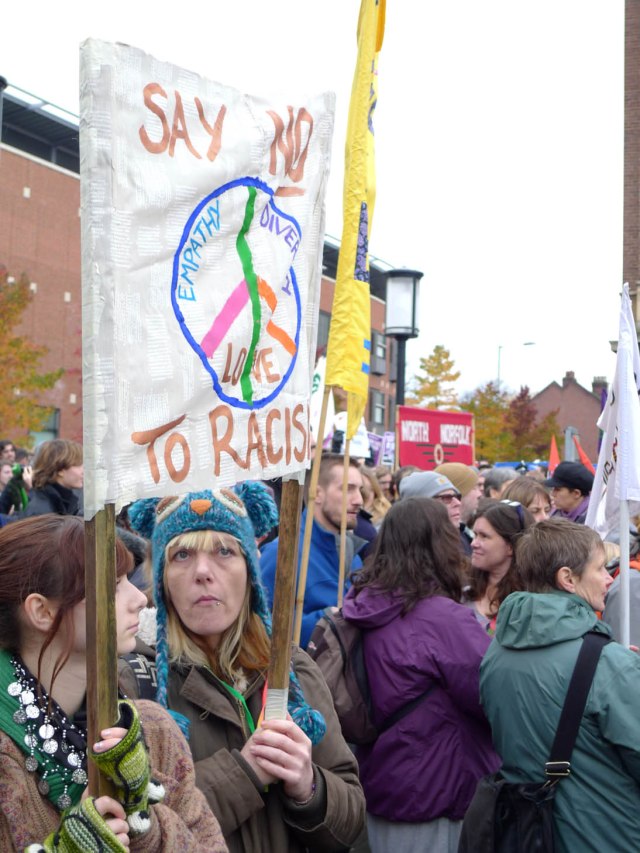 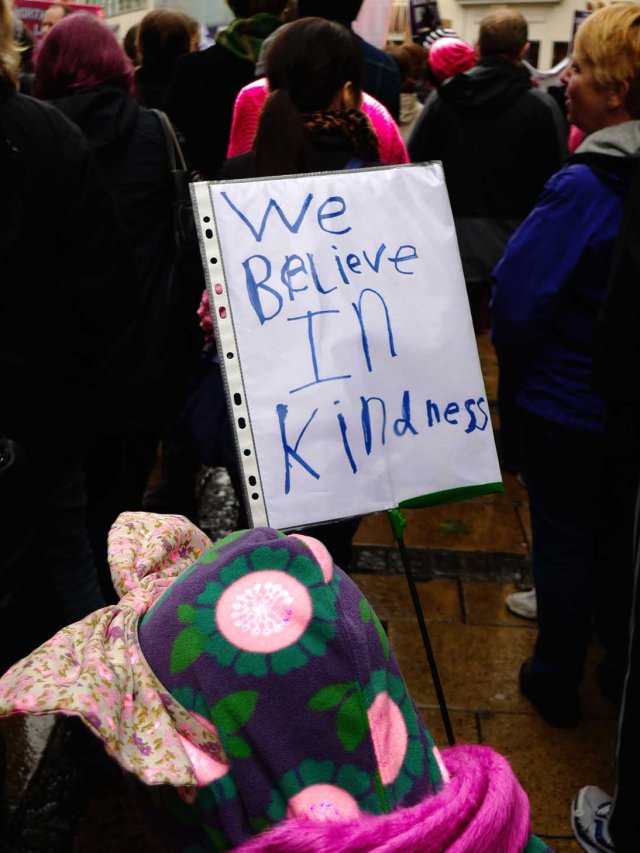 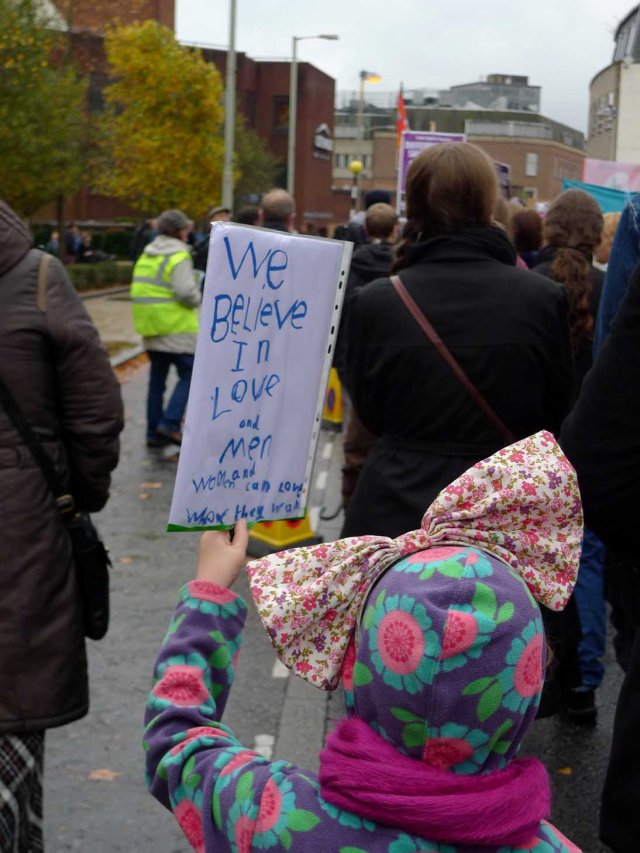 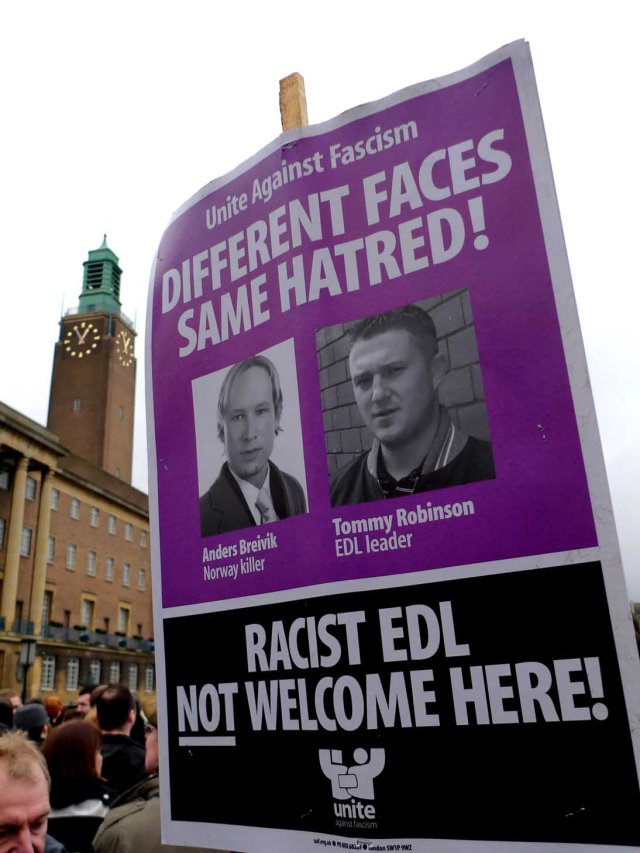 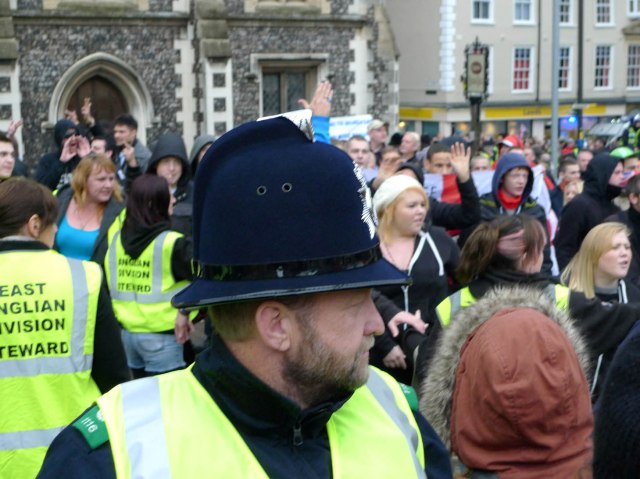 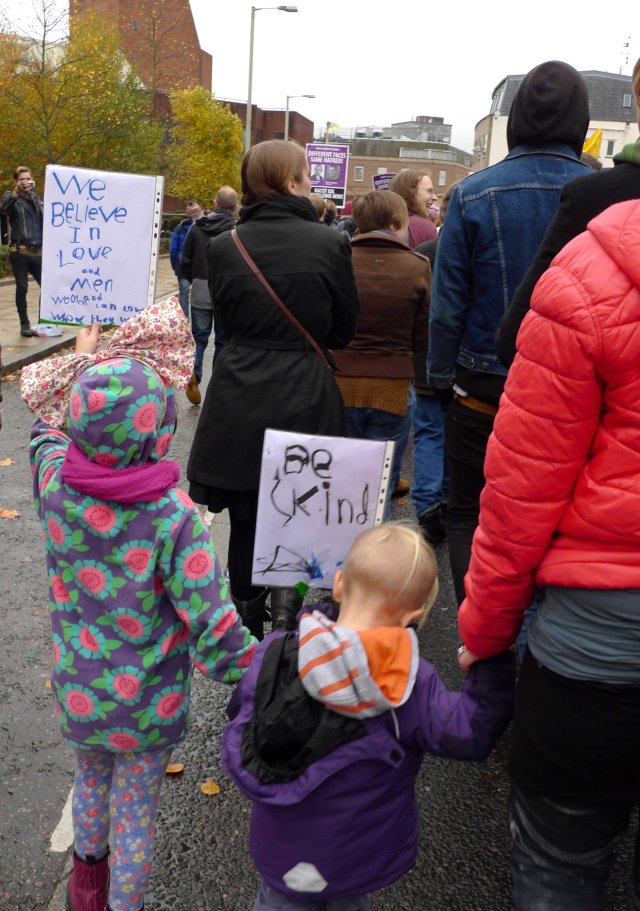 wonderful placards on the march from Chapelfield gardens

This entry was posted in special events and tagged counter demo, norwich, protest, streets, we are norwich. Bookmark the permalink.

1 Response to We Are Norwich